Rashi and nakshatra by birth 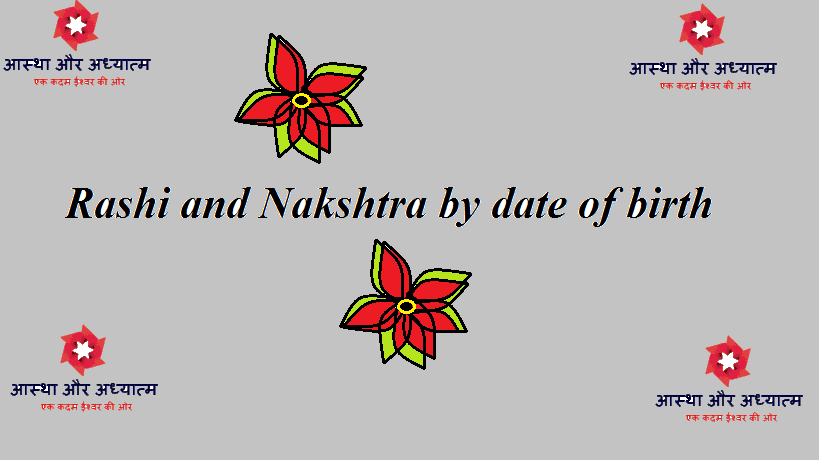 What is Nakshtra and Their Names

Nakshatra (Sanskrit: नक्षत्र, IAST: Nakṣatra) is the term for lunar mansion in Hindu astrology. A nakshatra is one of 28 (sometimes also 27) sectors along the ecliptic. Their names are related to the most prominent asterisms in the respective sectors.

The starting point for the nakshatras according to Vedas is “Krittika” (it has been argued because the Pleiades may have started the year at the time the Vedas were compiled, presumably at the vernal equinox), but, in more recent compilations, the start of the nakshatras list is the point on the ecliptic directly opposite to the star Spica called Chitrā in Sanskrit, which would be Ashvinī, an asterism that is part of the modern constellation Aries, and these compilations, therefore, may have been compiled during the centuries when the sun was passing through the area of the constellation Aries at the time of the vernal equinox. This version may have been called Meshādi or the “start of Aries”.

The first astronomical text that lists them is the Vedanga Jyotisha.

In the Atharvaveda (Shaunakiya recension, hymn 19.7) a list of 28 stars or asterisms is given, many of them corresponding to the later nakshatras: